Recently, I’ve taken a trip down memory lane. Growing up in the ’90s and early 2000s proved to be a weird yet iconic time. From the heartbreak of finding out your Tamagotchi had died to the hair-raising moment when your Furby went off in the middle of the night along with the nervousness of finding out your future destiny via M.A.S.H. with your BFFs, us teenyboppers went through a daily emotional roller-coaster! I came up with a list of things that most kids who have ever owned a neon-triangle decorated windbreaker wished they could have done:

Successfully assemble the Shrine of the Silver Monkey
I attribute the onset factor of my acute adult anxiety to this show. The Silver Monkey was three damn pieces. How hard could this have possibly been?! Even after watching a hopeless teen finagle their way through a giant obstacle course with fear of the Temple Guard in their eyes, and watching the clock tick down to zero as they accept defeat of the shrine .. Many of us would have loved to stand aside Kirk Fogg and rep our favorite team fighting our way with our Pendants of Life.

Collect all the Hit Clips
Before iPhones dominated the music scene, these were the coolest things to hit the market. They were small media players with various “micro music clips” coming in an abundance of colors and styles. Cute, hip, and much more convenient than carrying around a portable CD player. Gosh, there was nothing like hearing the same 15 seconds of your favorite Britney Spears track over and over again!

Prevent the Skip-It from taking out your ankle
It was almost like a Fitbit for kids. Although you were able to check your counter and see how many skips you did, you could also get a good idea by checking the intensity of the bruise on your ankle. These things worked up some serious momentum, and getting one right to the bone was a real-life ball and chain situation.

I also question who came up with this idea and how the pitching meeting went down: 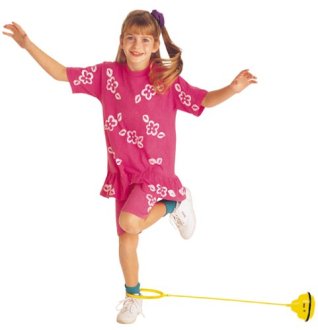 At least it wasn’t as bad as hitting your ankle with your Razor scooter.

Take home a piece of Aggro Crag
C’mon. How badly did you want a piece of the Aggro Crag sitting on a shelf in your room? GUTS was one of the many athletic-based game shows aired in the ’90s, it was essentially Ninja Warrior for snap-bracelet wearing teens. If you could conquer the blasts of glitter snow and falling rock while scaling the Super Aggro Crag’s walls, you got to take home a piece of the beast. Bad-ass.

Have the perfect away message
We all recall the struggle of thinking of the best AIM away message possible. Whether it be conveying your emotions through the lyrics of Mariah Carey’s “Always be My Baby” or getting everything appropriately aligned while having the colors work perfectly in your Comic Sans font, it was quite the process.

Explore every last corner of Hyrule
Maybe I’m a bit partial, but The Legend of Zelda: Ocarina of Time has to be one of the best video games ever created. Playing as Link, you’re off on an adventure to stop Ganondorf and learn a number of majestic songs along the way. Is this game the reason I joined instrument lessons in school? Perhaps.

Find someone to eat your Easy-Bake Oven creations
You would slave over that light bulb heated oven for MINUTES, and no one would even try your water activated miniature treat. Whatever. 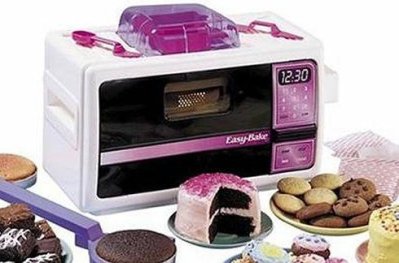 Become the reigning champion of Pogs
Remember those cardboard disks printed with different images that you would trade with your friends for cooler (yet still useless) cardboard disks? You would take turns hitting the face-down stack of Pogs with “slammers” and whatever one’s fell face up when you hit it were yours for the keeping.

Convince mom to get off the phone so you could use the Internet
Nothing like hearing that familiar *pshaweerrurreeettt pshhkkrrrkkaaningg* of your dial-up booting up, only to hear the follow-up noise of a parent or sibling yell that they need to use the landline. Ugh, buzzkill.

Grow up to have a love like Cory and Topanga’s
Yup. Still banking on this to occur. Setting unrealistic expectations of our future relationships since 1993, Cory and Topanga will forever be #RelationshipGoals.